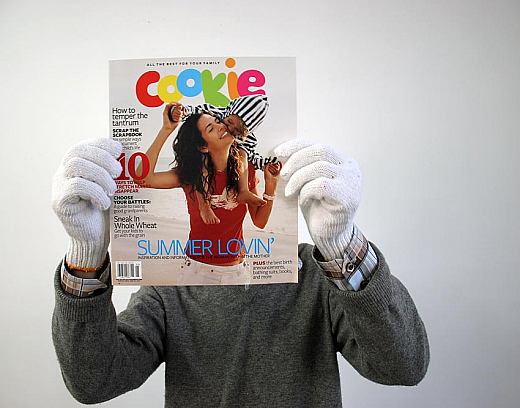 Cookie was among our first magazine projects, in late 2005. In addition to an invisible redesign of a nameplate which had tested well in focus groups, we contributed a proprietary system of display numerals for folios, supplemented by Freight Text and Freight Sans, providing a crisp counterpoint to the vivid photos toward the front of the book, and a quiet imperative to info-heavy listings and service pages.

Kirby Rodriguez & Alex Grossman pushed Freight Sans to its limits; a few months after the launch, they commissioned the Semibold and Hairline weights for four-color knockouts and fine display, respectively.