Polish Diacritics in the Wild 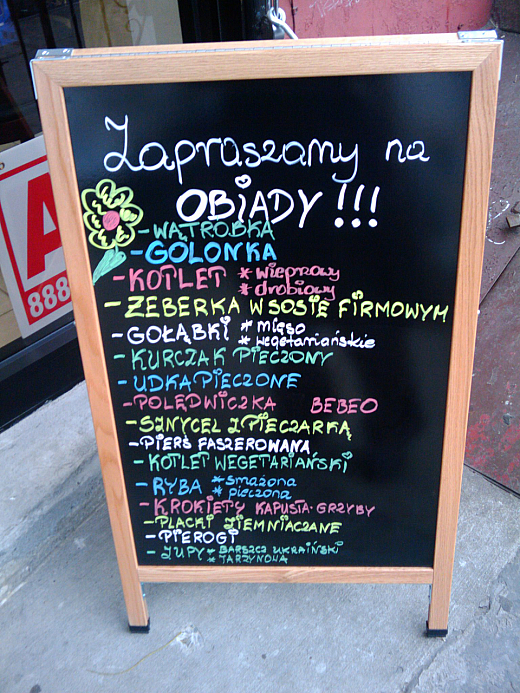 If you’re hankering for a plate of fried pierogi, or some suggestively named sausages, look no further than Greenpoint, Brooklyn. Our neighborhood is home to a vibrant Polish community that has been here for generations. Polish residents means Polish signage, a special boon for type designers. Latin Typefaces produced these days are expected to support a broad range of European languages. As designers, this means creating characters and accents for languages we don’t speak, and perhaps never come in contact with. Being surrounded by Polish in the street allows us to see how the written language behaves “in the wild”, revealing underlying structures as understood by native speakers.

For example, Polish uses an accent called a kreska. Most typefaces represent it with an acute accent. However, when properly rendered, the kreska is in fact angle higher and placed differently over the letter. Adam Twardoch has a very thorough treatment on the proper forms for this and other Polish diacritics. In handwriting, the difference is even more striking. The kreska is often drawn as a vertical stroke intersecting the top of the base character. Other times it is angled back like a grave accent.

Another prominent feature of Polish is the ogonek.  Twardoch stresses that the ogonek is an additional stroke of the base letter. Most improper representations of the ogonek by designers unfamiliar with Polish stem from treating the ogonek as a separate mark.This bears out in  handwritten signage, where the ogonek is usually a clear extension of a trailing stroke.